Home > /modules/lgcookieslaw
Are you an Operator of the Sector
If you are a company or a professional consultant of Netoworking and Telecommunications sector, request the access to the reserved Wholesale price lists.
Request Mode: 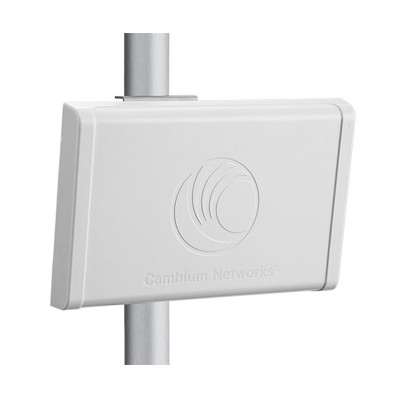 Ask for info on prices and delivery time

ePMP has set the standard for high-performance, scalability, and reliability in harsh interference environments al l at a compelling price. ePMP 2000 is the next-generation Access Point bringing interference tolerance to a whole new level with unique Hypure[tm] technology, which combines Intelligent Filtering and Smart Beamforming to deliver new levels of performance in the face of interference.

Intelligent Filtering improves both receive and transmit performance. It protects the network from off-channel interferers with a filter that dynamically moves around the channel. On the transmit side, it protects the RF environment by reducing off-channel transmission noise.

Smart Beamforming drastically reduces the effects of on-channel interference. The System learns the locations of each served Subscriber Module (SM) and forms a narrow beam toward the desired SM while that radio is transmitting in the uplink. This reduces the gain on the uplink for on-channel interferers that are transmitting at an azimuth angle different than the SM, delivering performance gains never before seen.

- Consistent Performance in High Interference: By mitigating significant sources of interference, packet loss and retransmissions are kept to a minimum, keeping your network applications working at their best.