Home > LTE / 5G>Mikrotik ATL LTE18 kit Modem Router Outdoor
Are you an Operator of the Sector
If you are a company or a professional consultant of Netoworking and Telecommunications sector, request the access to the reserved Wholesale price lists.
Request Mode: 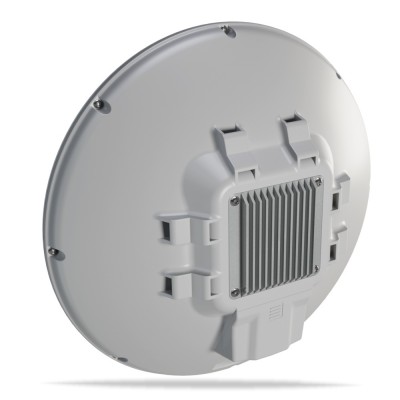 The Mikrotik ATL LTE18 kit is a device used to connect to a mobile 3G/LTE network. Put it outside on a pole or just in a high enough place and it's there where cell phones don't have a signal. Thanks to a large radome antenna with high gain, the device can connect to transmitters even in extreme rural locations, enabling Internet access even in places where nothing else is available.

The world keeps changing, but one thing remains certain: you've got to stay connected. Immediate access to information is vital. That’s why Mikrotik developed the ATL: an advanced technology level directional LTE solution for those who want to squeeze the most out of LTE base stations. Mikrotik ATL features a phenomenal Category 18 LTE modem and a Gigabit Ethernet port with PoE-in. Combined with the modern ARM CPU, this means speeds up to 1 Gbps, no bottlenecks!

One of the key features is the 4x4 MIMO or multiple-input, multiple-output support. More antennas to work with - higher speed and better signal! You can expect fantastic performance in the cities with modern base stations. But ATL can also do wonders in rural areas as it supports a wider frequency band range for lower band antennas.

There are 4 high-gain middle band (1.7 - 2.7 GHz) and 2 high-gain low band antennas (700 MHz - 1 GHz, LTE Band 28). Why is that important? Two reasons. First of all, the 700 and 800 MHz LTE band is one of the most popular frequency options in the world. It is used by countless mobile operators everywhere, so ATL will always be able to find some signal. And the second reason is the nature of the lower frequency itself: this type of radio wave can travel very far. It all depends on many factors, including how flat the terrain is, but rest assured - with ATL you are in good hands.


At first glance, the Mikrotik ATL LTE18 kit looks like a spaceship, but there’s a good reason for that. This design prevents snow and water from collecting and freezing up. So not only is it compact and easy to ship, it can also handle some of the roughest weather conditions. ATL is an excellent tool for fast and stable connections in cold, snowy cities without having to clean the antenna all the time. And the LTE Category 18 modem is pretty future-proof, so you won't have to worry about upgrades for quite some time.

6 other products in the same category: